Let’s be real – when you don’t have time to prepare and fold your own dumplings from scratch, cracking open a bag of frozen dumplings is infinitely better than having none at all.

Plus, prepared the right way, no matter the type, frozen dumplings can be just as satisfying as homemade or restaurant varieties.

Wondering how to cook frozen dumplings to perfection every time? In this post, I’ll be sharing six different methods of cooking dumplings from frozen, all of which yield excellent results!

… I have a Filling you’ll find it helpful. (Sorry – enough with the dumpling puns. Let’s get going!)

How to Cook Frozen Dumplings by Steam Frying (Recommended!)

My personal favorite way to cook frozen dumplings (and my own homemade Jiaozi) is steam frying, a method that combines pan frying and steaming to create perfectly crispy yet juicy dumplings on the stove.

If you’re new to cooking frozen dumplings at home, you won’t believe the difference this method makes in creating restaurant-quality dumplings with just a frying pan and a lid!

Here’s a quick summary of how cook frozen dumplings on a stove top using the steam fry method:

STEP ONE: Heat up a pan with oil, and load on your dumplings

To get this dumpling party started, chuck a frying pan on the stove top and turn it up to medium-high heat.

When the pan is sufficiently hot (look for some tendrils of steam coming off the surface), add enough oil to lightly coat the pan. Since we’re not deep frying, a thin layer is more than enough.

Then add your frozen dumplings, with the flat bottoms touching the pan. Be sure to leave a bit of space between them so they don’t get stuck together.

STEP TWO: Wait for the bottoms of your dumplings to turn brown

Checking every few minutes, let those dumpling bottoms sizzle for a bit.

When the bottoms have turned golden brown (or the crispiness of your liking), add about a third cup of water, or enough to just cover the entire bottom of the pan.

The exact amount will of course depend on the size of your pan, but don’t worry – there’s quite a wide margin of error here so just ensure you’re not completely drowning your dumplings and you should be fine.

STEP THREE: Cover your pan with a lid and steam until the water has evaporated

This should only take a few minutes – just keep checking until the water has evaporated.

STEP FOUR: Remove the lid and fry the dumplings to your desired crispiness

After all the water has evaporated, your frozen dumplings are pretty much ready to eat! All that’s left to do now is fry them to your desired crispiness.

The most traditional method is to simply leave it so that the bottoms are browned and the rest of the dumpling are still soft, but if you’re like me and love having extra crispiness on all sides, you can also flip your dumplings and fry each side too.

After completing all those steps, you should have perfectly juicy and crispy dumplings.

Serve them with your favorite dumpling dipping sauce (and other sides that go perfectly with Chinese dumplings) and enjoy!

How to Cook Frozen Dumplings by Steaming

A healthier and simpler way to cook frozen dumplings is by steaming.

This method of course yields a less crispy result than steam frying, but if you like dumplings with tender skin (and perfectly juicy filling), then this might be a good frozen dumpling cooking method to try.

Here’s a quick summary of how cook frozen dumplings by steaming:

Looking for more details? Here’s how to steam frozen dumplings, step by step using a steamer.

NOTE: If you don’t have a steamer handy, don’t worry – you can check out our guide on how to steam dumplings without a steamer for some options.

STEP ONE: Add water to your steamer and bring it to a boil

If you are using a classic metal steamer, this would simply mean adding water to the bottom compartment.

If however you are using a bamboo steamer, then what I usually do is fill up a wok with some water at the bottom (taking care not to add so much that the water would touch the contents of the steamer) and propping the steamer up using the curves of the wok.

If your wok and steamer aren’t a compatible size that allows for this, then you can use a wire rack to prop up your bamboo steamer, or (in a pinch) some balls of aluminum foil.

When the water in the steamer is boiling, it’s time to add your dumplings!

Steaming frozen dumplings is (generally speaking) quite an easy thing to do, but the easiest place to screw up if by putting your dumplings directly on top of your dish, plate, or steamer.

This is because dumpling skin can be quite sticky when it’s steamed, so it’s likely to get stuck on your dish, thus ripping the dumplings open and giving you adequate reasons to cry.

Preventing frozen dumplings from sticking is easy though! Here are a few ways to do it:

After you’ve ensured that your dumplings won’t stick, it’s time to load them on, making sure you leave some space between them so they don’t get stuck together.

NOTE: If you really want a hands off way of cooking frozen dumplings, you can also just add your frozen dumplings at the beginning while the water is boiling. I’ve done this several times and it doesn’t seem to affect the final product too much.

STEP THREE: Put on the lid and wait

You’re pretty much done at this point! Just put the lid back on your steamer and wait about 10 minutes for them to be cooked through.

Serve your beautiful steamed dumplings with your favorite dumpling dipping sauce and marvel at their perfect juiciness.

How to Cook Frozen Dumplings by Boiling

Another very simple and no-fuss way to cook frozen dumplings is by boiling them. In fact, this is one of the more common ways to enjoy dumplings in parts of China.

This method is among the quickest and requires minimal effort, but the results are (in my opinion) not as satisfying texture-wise as steam frying or steaming.

Nonetheless, once they’re slathered in your favorite dumpling dipping sauce, boiled frozen dumplings can be a satisfying way to put that dumpling craving to rest.

Plus, I can say from experience that boiled dumplings are dangerously easy to slurp up in large quantities, so why not?

Here’s a quick summary of how cook frozen dumplings by boiling:

BONUS TIP: If you don’t mind a bit of extra effort, a traditional method of boiling frozen dumplings involves adding a cup of cold water every time the dumplings reach a boil, and repeating this process three times to get perfectly boiled dumplings. This method supposedly cools down the water enough so that the insides are cooked thoroughly without overcooking the skin.

… but if that sounds like too much effort, then read on for a very simple method of boiling frozen dumplings that involves only a microwave!

How to Cook Frozen Dumplings in the Microwave

Sometimes, convenience takes priority, which is when you might want to try making frozen dumplings in ye old microwave.

And here’s the good news: you can indeed nuke your frozen dumplings in the microwave and still yield some (fairly delicious) results.

Now, is microwaving frozen dumplings as good as steam frying? No, far from it… but if you’re looking for a quick and easy result that’s fairly similar to steaming or boiling, then listen up!

Here’s a quick summary of how cook frozen dumplings by microwaving:

The end result can be fairly decent once plated up! Promise no one will be able to tell the difference:

How to Cook Frozen Dumplings by Deep Frying

I rarely deep fry frozen dumplings because I prefer steam fried/steamed variations, but if you’re looking for an indulgent way to enjoy your frozen dumplings, then deep frying is another option.

Here’s a quick summary of how cook frozen dumplings by deep frying:

How to Cook Frozen Dumplings in the Air Fryer

Last but not least, if you’re looking for crispy frozen dumplings that are made in an air fryer, then check out this tutorial.

I haven’t had the best results air frying frozen dumplings, but I’ll be sure to update this post when I find a foolproof method!

I Hope You Enjoyed This Guide to Cooking Frozen Dumplings!

Let me know in the comments if you have any other additional tips or tricks for nailing frozen dumplings. I’m always looking for new methods! 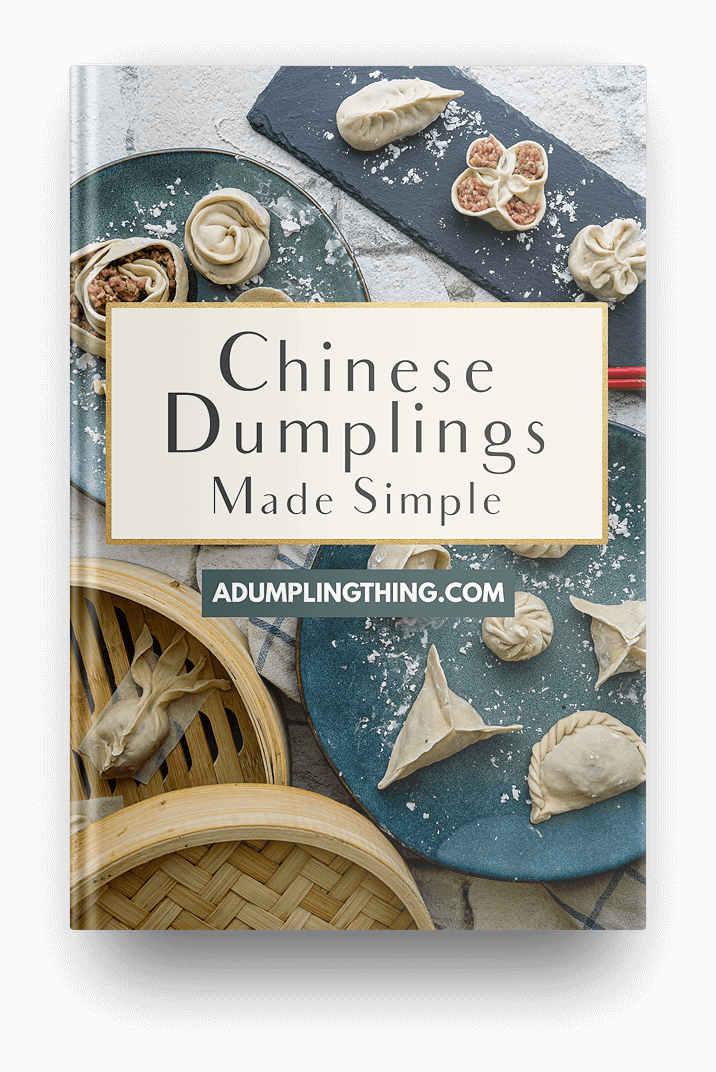